In the era of mobile Internet, how to meet the preferences and needs of young car enthusiasts? In August 2014, Kaiyi Auto, a Chinese automobile brand with the philosophy of "youth, innovation and authenticity", was created at the right time and committed to creating intelligent connected cars popular with young people. Kaiyi has not only the car-making heritage of mature car companies, but also the foresight of intelligent connected car companies to grasp consumer preferences.

How to build a car with Internet thinking?

Today's young people around the world grow up under the influence of the rapid development of the Internet. They have active minds and strong personalities. They are good at using the Internet to obtain information and facilitate their lives, and the Internet is everywhere in their lives.

Since its establishment, Kaiyi Auto has established the position of creating intelligent connected cars popular with young people. It adheres to the Internet thinking and user-oriented brand building and product development. With the rapid development of the Internet, Kaiyi Auto has found a new model of automobile product design and development through demonstration, which aims to solve young people‘s sore point on car operation and better grasps the needs of users -- the Kaiyi crowdsourcing car building model. Kaiyi is also the first innovator of China's crowdsourcing car building model.

Crowdsourcing is a new form of production organization enabled by the Internet. It is a term coined by the Wired magazine reporter Jeff Howe in 2006 to describe a new business model in which companies use the Internet to distribute work, discover ideas or solve technical problems. Crowdsourcing is not a new term, but it's not something you see much in the automotive world. On one hand, there is a traditional manufacturing industry that has lasted for more than a hundred years -- automobile manufacturing; On the other hand, there is a new business model with a strong Internet mindset. Kaiyi Auto innovatively integrates the two, taking the lead in using the crowdsourcing model to build cars in China. This is Kaiyi's crowdsourcing model.

"Kaiyi Crowdsourcing" is a "crowdsourcing" campaign initiated by Kaiyi Auto in response to the needs of the target population. It is based on the Internet thinking and customer demand as the center to stimulate the creativity and inspiration of the public. With the Internet, cross-media channels and various forms of activities as communication tools, and the "diamond development process" established by Kaiyi as quality assurance, the Company aims to create "intelligent connected vehicles" popular with young people. "Crowdsourcing" is the way, and "building intelligent connected cars with sensitivity" is the objective.

Let us imagine together how to play mobile Internet cars? Kaiyi + you to build cars together. To become the crowdsourcing partner of Kaiyi, you will have the opportunity to enjoy the option bonus after the launch of new cars, overseas study, and rich material incentives. The crowdsourcing campaign of "One-million-yuan reward for the right candidate" has attracted more than one million participants and is particularly sought after by the younger generation. The Crowdsourcing Technology Seminar held at the headquarters of Kaiyi Auto attracted more than 100 university teachers and students with the most advanced professional strength in automobile manufacturing and product design in China. The forward-looking car building concept of Kaiyi's crowdsourcing platform has also attracted the attention of overseas automobile industry. Reuters, Phoenix Business Journal, Boston Globe and other well-known media reported on Kaiyi's crowdsourcing information with full coverage. 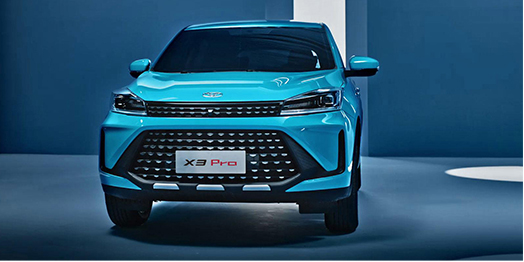 There are many overseas netizens participating in it, and the Italian design company ED DESIGN has also expressed its approval and praise for this mode. ED DESIGN, founded in 1998, is the largest independent engineering and design company in Italy, providing a wide range of professional services for the global automotive industry and industrial production. Currently developing new models for major automotive OEMs in China, Europe and the United States, ED is a typical international design company integrating aesthetics and engineering skills.

In May 2017, Kaiyi crowdsourcing vehicle officially entered the Beijing Automobile Museum and became a collectible car.

With the popularity of crowdsourcing mode, Kaiyi Auto actively provides a platform for young people to show, selects top college students and grassroots designers to participate in the competition through online recruitment and offline registration, and creates an international-level designer competition.

Kaiyi has opened its design center in Turin, Italy, with designer Lowie Vermeersch leading the team. Lowie Vermeersch joined Pininfarina after graduation and successfully completed the interior design of the Pininfarina prototypes Metrocubo and Start. His representative work is Nido, and he undertook the exterior and interior design. With its perfect combination of style and innovation, the car has become a classic example of Pininfarina since its debut at the Paris Motor Show in 2004.On August 1, 2007, he was promoted to Design Director of Pininfarina, and his representative works include Maserati's BirdCage 75th concept car. His design concept coincides with the philosophy of "youth, innovation and authenticity” upheld by Kaiyi.

Since Kaiyi Auto announced to build crowdsourcing cars, it has aroused the enthusiasm of many designers, especially the younger generation. Storm Sondors, an electric bike manufacturer from the US, and Uniti, a team from Sweden, have both followed in the lead by crowdfunding their bikes.

How to integrate the crowdsourcing model into the advanced vehicle development platform, Kaiyi X3 has given a satisfactory answer. Crowdsourcing design submissions fully demonstrate the young group's pursuit of appearance level. Kaiyi X3 provides diversified DIY combination of appearance schemes. For the appearance, the front face styling design of X3 maintains a high degree of originality, which provides two kinds of design, in which the multi-frame chrome plating makes the front face look very delicate, and the design of the blackened honeycomb mesh is full of moveability.

For the side of the body, the X3 opts the very popular suspension roof and the through-type tail light design, further strengthening the visual texture of the car, and keeping in line with the young generation of advanced aesthetic. In addition, the X3 also provides extremely rich body colors for selection, including five pure body colors, namely, floating cloud white, slash gray, tsundere red, willful blue and wind clear blue, fully meeting the diverse needs of young consumers for color. For the interior, X3 is equipped with 10.25” LCD instrument +7" LCD center control screen, featuring both sense of technology in appearance and double screen linkage. Paying high attention to the young enthusiasts for safety performance, X3 is equipped with the Bosch ESP 9.3 for driving at ease.

The successful mass production of Kaiyi X3 also marks the first step of Kaiyi's crowdsourcing vehicle building model. In the future, Kaiyi will adhere to the concept of crowdsourcing in all products in the future, integrate advanced vehicle development platform, identify users' key value scenarios with global user thinking as the starting point of product and service development, and achieve co-building with users.

The establishment of direct contact with users from the trend and preferences of users is the consensus in the industry. With an open mind, Kaiyi hopes that users can participate in defining products and even ecosystem building in the future. Kaiyi will classify and focus 30 important factors such as region, usage habit, age, demand motivation and car scene experience. From the style of the shape design, to the delicate balance between the hardware cost and the consumption power of young people, and to the crucial intelligent technology, each function point is the result of the deep communication with the user. In this way, Kaiyi can stay young and sensitive. Kaiyi Automobile will always adhere to the Internet thinking, and work with global users to create young, fashionable and reliable intelligent connected vehicles.